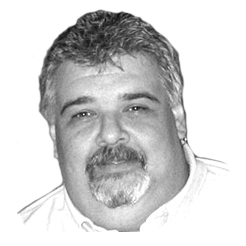 NEW YORK — These days when you receive a letter from your telco or other service provider that begins with “Dear Valued Customer,” there’s a good chance that something is changing … again. In the case of Verizon’s announcement concerning the demise of radio lines and ISDN service, strongly encouraging you to immediately consider other product options, it means the end of an era of primary broadcast connectivity technology as we know it.

Having over 20 dedicated connections from multiple transmitter sites and prominent live broadcast performance venues like Carnegie Hall and Lincoln Center, for WNYC(FM)/WQXR(FM) and their combined group stations, the announcement certainly was a cue for ISDN and radio lines to exit stage left and for IP connectivity to step into the broadcast spotlight.

Over the years WNYC has implemented a number of AoIP box solutions including different flavors from Tieline (Commander, Genie, Bridge-IT) and Barix — and certainly has dabbled with the occasional Skype or Google Hangout software sessions — however, the dominant IP connectivity solutions at their multiple facilities are provided by APT/WorldCast.

To replace their 15 kHz stereo pairs to and from WNET(TV) and the NPR N.Y. bureau, WNYC recently implemented an AT&T-managed MPLS network using a combination of APT IP (Horizon NextGen) and Silver codecs. Other than a few initial configuration misunderstandings regarding TX/RX ports, and a pop-up or two about SureStream settings (not being used for this application) the box lit up on both ends on the very first try. Configured for apt-X, 16-bit, 384 kbps, stereo, 48 kHz, the audio quality was excellent — and the tech support was just as good. Their tech guys even took the time to call in during the MPLS network design phase with AT&T to help clarify the port forwarding and translations required for the AT&T MPLS configuration. Don’t worry, there are no access control list tables or NAT configurations inside the APT gear, but you may need to know a thing or two about port settings between devices.

WNYC is in the really low serial number category when it comes to their long history with APT/WorldCast (when measured in IT/IP years, that is) — especially when it comes to their STL installations. According to WorldCast, WNYC was the first in the U.S. to deploy AoIP over a T1 and DSL pair using their products. The combination of APT/WorldCast gear deployed at WNYC includes an older generation version of their 3U Oslo mainframe hardware populated with their T1 and AoIP cards. All reliable, set-it and forget-it, and rock-solid according to Anton Mittag, director of engineering at WNYC.

In the category of dual IP codecs for STL, the WNYC installation includes a number of APT Horizon NextGen IP codec boxes connected via a Verizon-managed MPLS network and a Cablevision public Internet drop. We’ve actually pulled the plug on the secondary Cablevision connection and the codec audio never missed a beat utilizing the APT SureStream technology in that instance.

The audio quality is exceptional, and the boxes stay up and running 24/7. Overall, the APT/WorldCast AoIP solutions are what they claim to be. Audio quality, uptime, seamless IP transport using their SureStream technology is all on the money. As with most progressing technology, interpreting configurations and related lingo against the provided (or not) documentation can be somewhat of a challenge at times.

However APT’s quick and knowledgeable tech support response more than makes up for it. Because of the high network security and firewall restrictions in place at WNYC there were a few problems using some of the devices’ nonbrowser-based GUIs. But after some port and protocol tweaking with the IT group, most of the issues were resolved. There does seem to be a bit of a lingering, and vendor known issue regarding their Horizon Next Gen codec occasionally reverting back to its factory setting configuration on reboot. After a few software/firmware upgrades we’re still chasing that one down.

Surprisingly a big perk in the STL-related APT/WorldCast products is the SNMP features. WNYC has a mixed selection of SNMP MOMs (including Harris Navigator, Burke, etc.) and the APT products work great with those systems and provide really useful metrics and real-time device status.

WNYC certainly has taken the advice of their telco to immediately consider other product options for the primary broadcast connectivity technology. Although they are trying to steer clear of SIP server voodoo, and the vapor of mixed vendor IP codec product interoperability — even sometimes having to count sheep at night over the number of 9’s availability of packet versus the old switched-based connectivity, but so far we’re not losing any sleep over the decisions on the choice of APT/WorldCast AoIP product solutions.