1. What are the key issues and trends impacting the market? What do broadcasters want, and what are the business and technology drivers for this?

There is currently an urgent need to drive forward the cost optimization of the FM broadcasting infrastructure. The shift in media policy towards digital radio is increasingly maneuvering FM broadcasting into the "second channel" position. FM is almost perfectly developed in infrastructure and still reaches the most mobile radio listeners. A parallel digital and analog radio operation is more expensive in many places. The challenge of the hour is the technical simplification of the FM operation. 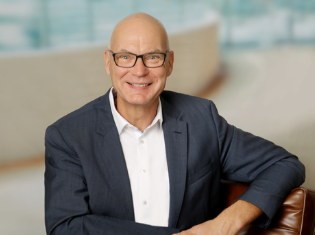 2. What technology or solution do you have which addresses this? Please tell us about what problems it addresses, why it is different from competing solutions, how it fits into a media organization's workflow/infrastructure.

Simplifying the signal chain by sending the finalized MPX signal from the studio to the transmitter network is more attractive than transporting the discrete signal components because the savings in hardware for sound processors and stereo encoders are exceptionally high as these devices are only needed once in the entire signal chain.

The APTmpX compression algorithm reduces the wideband MPX signal to the bandwidth of a baseband audio signal, being either 300/400/600 or 900 kbps, by maintaining the highest signal fidelity at the lowest bit rate with the most outstanding resilience to impairments during transmission.

APTmpX is one format among many in an APT audio codec. Therefore, switching from the discrete transmission to composite MPX transmission is completed by selecting the APTmpX format from the list of algorithms, thus establishing the cost savings described above.

3. Can you share some details of a recent customer or install in which your product solution is being used?

The application shown here illustrates the typical use of APTmpX in a redundant distribution network.

Target:
The MPX signal should be generated centrally and arrive in the best quality and reliability at all transmitter sites. The changeover from discrete to multiplex transmission should occur with as little effort as possible. Bandwidth margins shall remain

Challenge:
The fragile signal structure of the MPX must not be degraded by either the IP transmission or the transmission format. The bandwidth in the MPLS network is a constraint. 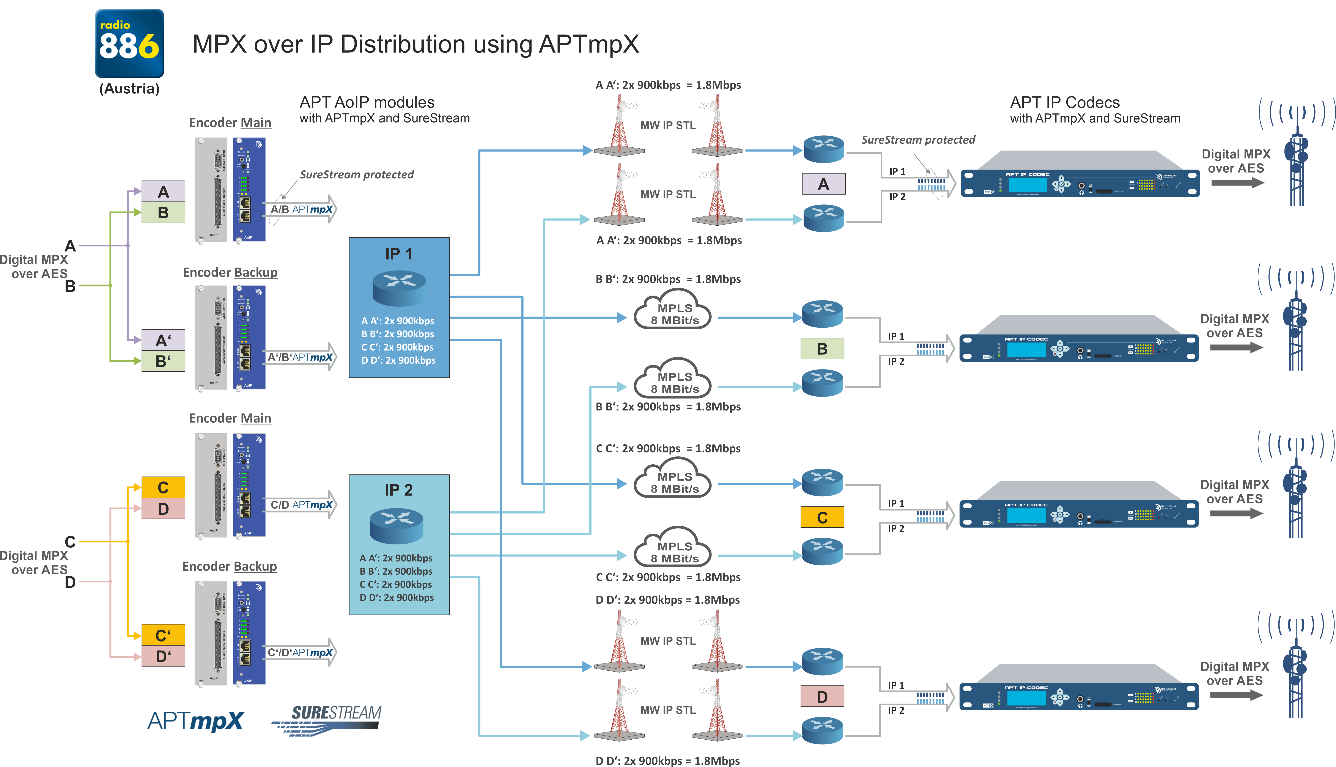 Solution:
The compressed APTmpX 900 is used to provide redundant SureStream transmission despite the bandwidth limitations of the MPLS services. Whereby APTmpX reduces the bit rate, SureStream prevents potential packet loss of the transmission. However, MPLS networks and microwave links are redundant and managed services, so SureStream's Hitless Merge feature becomes more critical than packet loss protection. Hitless Merge of SureStream selects packets of the primary and secondary connection (Main/Backup). It compensates for the typical interruptions of a switch from primary to backup services.

Result:
The result is a bandwidth-optimized distribution with maximum reliability and undisturbed signal fidelity with maximum savings on redundant hardware at the transmitter sites. In addition, parameters such as latency, timing, and program alignment remain unaffected as with discrete transmission.