Several Ecreso FM 1000W Transmitters were installed in early 2015 and an Ecreso FM 4000W Transmitter was installed in Q4 of that year as part of a complete station replacement project carried out by BCAST. BCAST worked with Radio ESKA, who offer one of the most popular music stations in Poland, to move the location of the station in Gorzow Wielkopolski, near the Polish-German border, and to upgrade the transmitter and antenna system to provide an ERP of 8 kW of power. 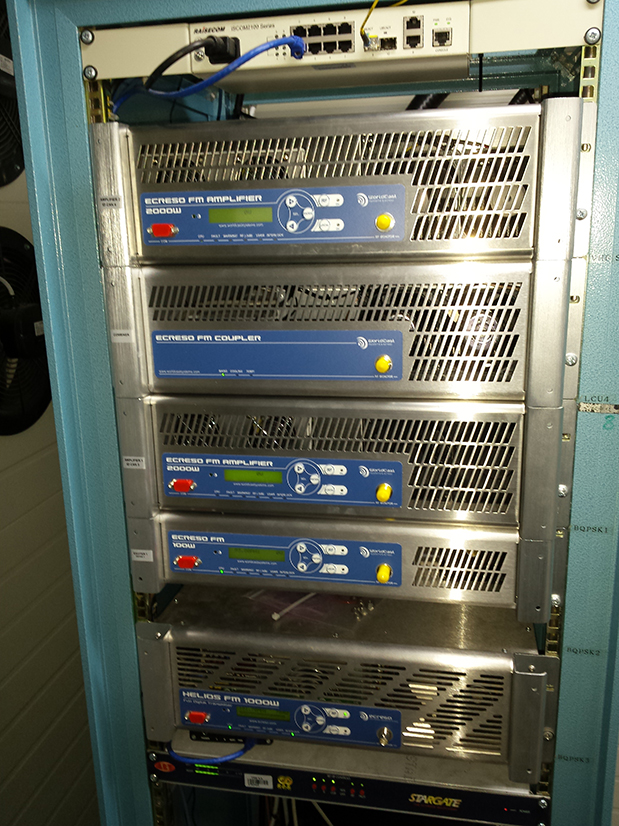 Maciej Lipiński, CTO of BCAST Ltd explained that the Ecreso transmitters were selected due to the key features and reliability they could offer within the customers’ budget.  ”The choice of FM Transmitter for our first mid-power installation was an important one. We did consider some of the cheaper alternatives but decided that the exceptional efficiency, remote monitoring capability and reliability that the Ecreso units could offer at a relatively attractive price level meant that they were undoubtedly the best, overall supplier for this customer.”

Since installation, Lipiński has continued to be impressed with the performance of the Ecreso units. ”The installation of the equipment went very smoothly. We have previously purchased and installed some lower power Ecreso transmitters but this was our first time installing a more complex, modular system comprising a separate exciter,  two amplifiers and a control unit.  Our concern was unfounded as the commissiosing was intuitive and straight-forward and the station went on air exactly to plan. Radio ESKA has been very pleased both with the equipment and the service we have provided.”

While a relatively new company established in 2013, BCAST has established itself as a significant player in the Polish broadcast market having launched over 16 new stations for public and commercial broadcasters, both for radio and TV. It works with a variety of worldwide suppliers including WorldCast Systems for supply of APT IP audio codecs, Ecreso FM Transmitters and remote site control and monitoring equipment from Audemat.