Product: AUDEMAT FM MC5, the most comprehensive and versatile measurement platform available for FM in the world today. Based on a fully digital platform, it offers exceptional test and measurement accuracy. 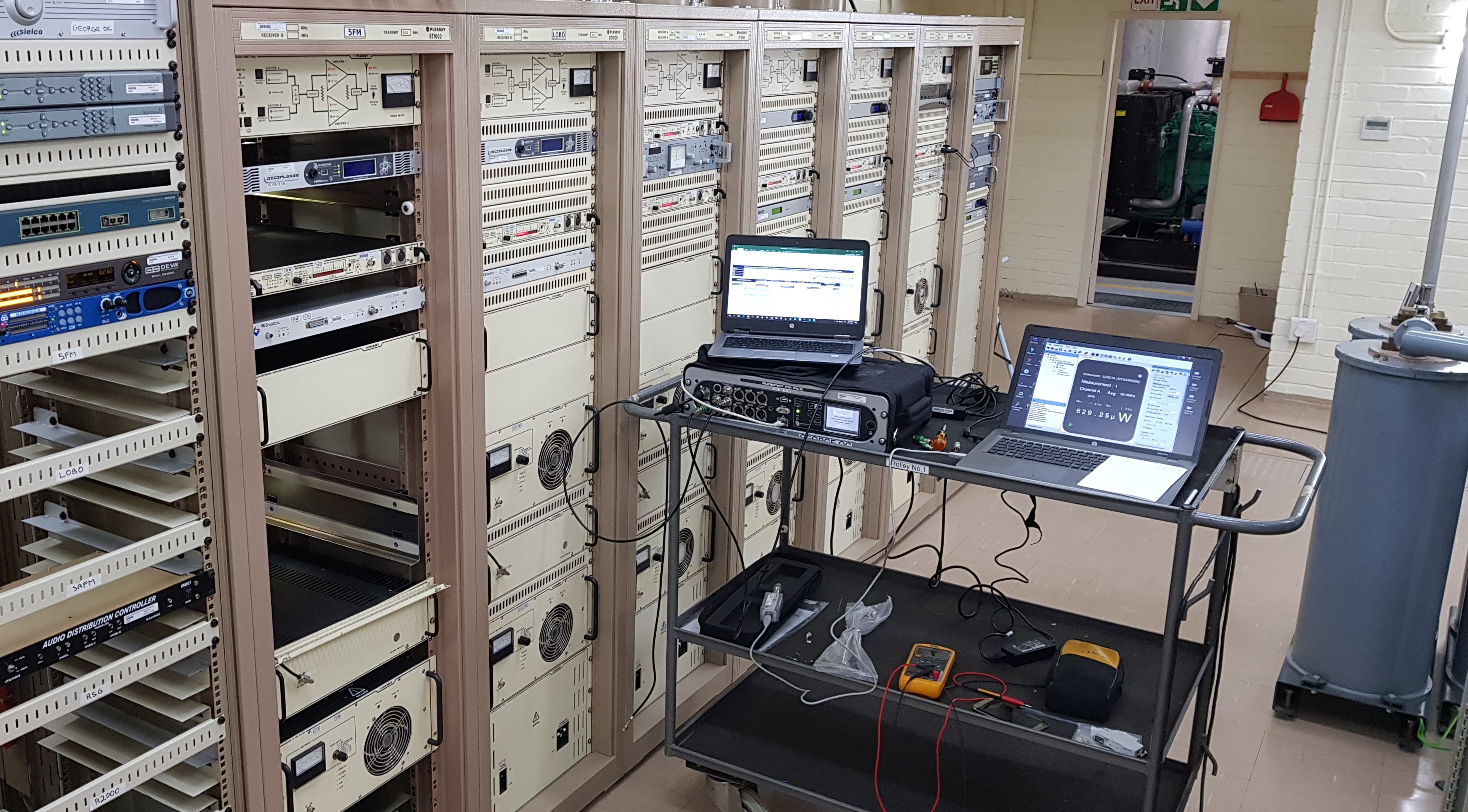 In FM radio, Sentech is responsible for a broadcast network composed of 742 FM transmitters.

To ensure the optimal performance of this important network of transmitters, Sentech relies on 25 Audemat FM MC5 systems - sixteen purchased in 2016 and nine more purchased in 2017.

In the past, before using the Audemat FM MC5, Sentech carried multiple instruments for its measurement campaigns, of which some were heavy and bulky to transport. They were also faced with often difficult locations and complex installations, accessible via rugged terrain. Having to carry multiple equipment did not make the task simple!

According to Danie Liebenberg, the Audemat FM MC5 has transformed how his team performs tests and measurements, including massively simplifying their drive campaigns. Their team makes use of all the Audemat FM MC5 functions when doing commissioning, development and testing of new FM equipment, fault finding, alignment and measurements when repairing existing equipment and when doing automated test sequences through script functionalities.

BEFORE:
its teams conducted static measurements by using a 5-element FM antenna and telescopic pole that they would transport with them when doing field tests. The size of the antenna in particular complicated the task during windy conditions. The amount of measure points was extremely limited due to this tedious process.

TODAY:
all Sentech does is attach a small GPS and FM omnidirectional magnetic base antenna onto the roof of the vehicle, quickly configures the FM MC5 for the drive-by measurement they want to do, and they’re ready to go! Multiple measurements at a magnitude of measuring points gets done while driving at normal driving speed. By the click of a button, a professional report gets generated that can immediately be represented to customers.

The FM MC5 also helps to effectively carry out their support maintenance which include full mast-cable- and antenna inspections as well as drive-by measurements to confirm correct FM antenna radiation patterns and reporting on lack of coverage in new developing areas. The drive by tests’ full reports conveniently go straight to the planners which helps Sentech in their decision-making process when considering possible new sites.

Danie says the differentiators of the Audemat FM MC5 are that it is an all-in-one system, lightweight, and it comes with a solid transport case which is not included as an option from other suppliers. With most of their work taking place outside in mountainous landscapes, taking 1 hour to do 10 km to reach a particular site, with sometimes extremely difficult roads, the transport case was a key factor in Sentech’s decision to purchase the Audemat FM MC5.

When asked if he would recommend the Audemat FM MC5 to other broadcast operators, Danie Liebenberg answered:

“I would definitely recommend the Audemat FM MC5 as a measurement solution for the FM broadcasting environment. One of Sentech’s key strategic pillars is to operate more efficiently. The FM MC5 provides this in more ways than one and in our opinion, its best features are its all-in-one versatility and drive-by test capability which has massively simplified things for us.” - Danie Liebenberg, Sentech